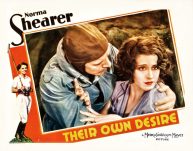 Supposedly, there are another eight days of lockdown before I and many of my friends and colleagues can go back to work.  We shall see.  In the meantime, watching and writing about film keeps me busy.

I think it was back in the late summer or early fall—it seems ages ago now—that I watched the following four films.  The first was My Name is Julia Ross (1945).  I was actually attending a social evening with three other people, a rare occurrence, and I selected this film because a good friend of mine who had died last December had brought up the film a number of times in the hopes that Toronto Film Society (TFS) would screen it once again; it had previously been shown in 1976, 1997 and 2006.  He liked the film, but I think it was mostly because he was enamoured with Nina Foch in this particular role.  Although I had seen it at at least one of those screening, I only had a vague memory, and a faulty one at that, of there being a foggy street scene, most probably because I remembered that the story took place in London. 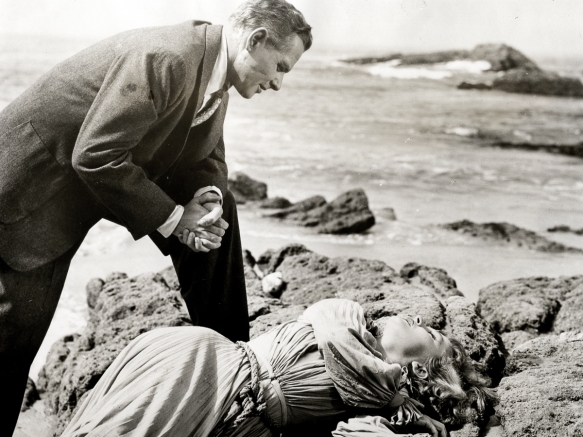 It’s not quite a perfect story, about a woman who suddenly wakes up to discover others have given her a new identity, attempting to convince her she is who they claim her to be, while also discovering that they are plotting to do away with her under this assumed name.  But why, and how does she escape from this inevitable end?  This might be where the weakness lies, yet the story is certainly gripping, and I could see watching this film again in the future.  What also makes this a film worth watching is that it’s directed by Joseph H. Lewis, a man with an interesting filmic history whose most famous work is most likely Gun Crazy (1950), a film I’ll write about in a future post.  Extra bonus if you’re a George Mccready and Dame May Whitty fan.

Next, I randomly chose off my shelf That Other Woman (1942) although at this point in time I don’t remember what compelled me.  It is a very nice print from 20th Century Fox, directed by Ray McCarey, someone I’ve never heard of.  What it had going for it mostly for me was that it featured Dan Duryea and although he didn’t play a heavy, he still played the maligned second love interest.  It stars Virginia Gilmore as Emily, the secretary, and James Ellison as Henry, her boss.  Emily is in love with Henry but he hardly notices her.  He is a man who can be easily smitten by a pretty face and shapely figure, and with Emily possessing both, on the advice of her grandmother (Alma Kruger), she spruces up her look.  Writer Jack Jungmeyer very strongly emphasized scenes in this screenplay to implement elements of proper post-code censorship segments for this film.  For instance, when the two finally realize that love is in the air, to save Emily from losing her sacred innocence, Henry falls into a well (!?) where he spends the remainder of the night instead of allowing what could have been a licentious night in the woods.

Being interested, a couple of years ago I read Scott Eyman’s Ernst Lubitsch: Laughter in Paradise and finally decided to watch one of Lubitsch’s movies that has been sitting on my shelf for a few years, That Uncertain Feeling (1941).  Sadly, it wasn’t one of his better efforts, mostly because the story didn’t work.  This may be because or despite the fact that it was based on the French play Divorçons!, written circa 1880 and then updated for American audiences.  It stars Merle Oberon as Jill Baker, Melvyn Douglas as her husband Larry Baker with Burgess Meredith as Alexander Sebastian, a composer and pianist.  After being psychoanalyzed for her hiccups, Jill comes to the conclusion that suave husband Larry isn’t the man for her and takes up with schnooky, neurotic Alexander, a match completely impossible to fathom.  I mean, I like Meredith and can occasionally find Douglas bland at times, but this was weird casting–even so far as having to believe that Meredith was a classical musician!

The most interesting aspect to this story was that it was the woman who got away with having an open extramarital affair, and quite surprising that the censorship lords allowed it–or just plain didn’t notice. 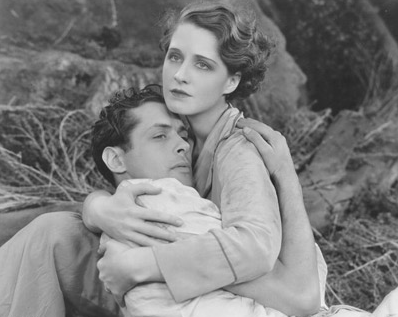 The last film I watched in this chunk of time was the early talkie Their Own Desire (1929), directed by E. Mason Hopper and starring Norma Shearer and Robert Montgomery.  I have grown to quite like Shearer, especially early Shearer over the years and a young, handsome Montgomery is always good eye-candy.  It’s certainly a pre-Code themed story.  Lally’s (Shearer) father Hal (Lewis Stone) wants to leave Lally’s mother Harriet (Belle Bennett—no relation to those other Bennetts) for her friend Beth (Helene Millard).  The two have been having an illicit affair for about a year (don’t hold me to that) when Lally discovers them, and she is horrified to think that her parents could ever be unfaithful, or worse, divorce. 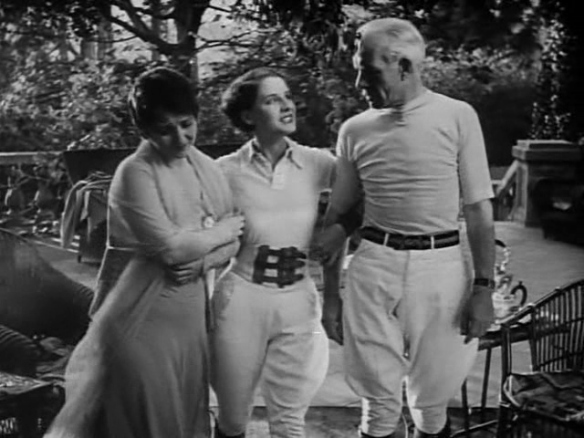 She goes away with her mother and meets the handsome Jack (Montgomery) and lo and behold, he turns out to be the son of her father’s mistress.  Their love affair becomes torturous, leading to possible death, once Lally realizes just who she’s in love with.

Lewis Stone was 50 when he made this film, and although he appeared eternally old with his white locks and facial hair, he certainly looked in good physical shape, especially during the polo scenes.  But here’s some amusing information.  His wife, played by Bennett, although she looks frumpy enough, is only 38, which means she would have had to have given birth to Lally at the age of 11.  Hal’s lover Beth and mother of Jack, played by Millard, is a worldly 24-year-old.  The age difference between “mother and son” is one year, which must have meant that Beth was already carrying Jack when she was born, since he’s the elder of the two.  But truthfully, you won’t really notice this off-the-wall casting.  You know how hard it was to tell the ages of many actors from that time period.  Heck, until I was close to 50 myself, I wanted to grow up to be like many of these beautiful, sophisticated women who probably eternally averaged around 24 in age.

During the year, I had listened to the audiobook Just Mercy by Bryan Stevenson, a black lawyer who advocates against the death penalty in the US, particularly in Alabama.  Over the years he worked with mostly other black men, but also supported poor people of all ethnic backgrounds, brown, white, male and female, who faced the death penalty without ever having had a fair trial.  Some of the convicted included children, people well under 18, and the mentally challenged who had been either given a life sentence without parole or the death penalty.  Although Just Mercy touches on stories about many people, the main focus is on Walter McMillian, a black man wrongfully accused of murdering a white 18-year-old woman, for which he spends approximately 10 years on death row.  Immediately after finishing the book, I found the film Just Mercy (2019) online and was able to compare the two. 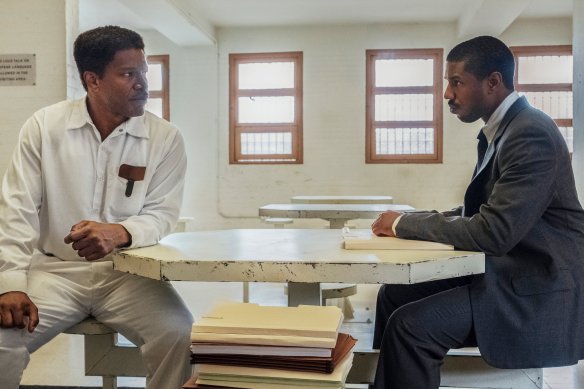 Just before Covid closed all the theatres down, I remember seeing the trailer for this film the last time I went to the cinema, and I thought it would be something I might want to see.  It stars Jamie Fox as McMillan and Michael B. Jordan as Stevenson.  There is something similar in the way these true-life heroic films are made although I can’t put my finger on what it is exactly.  Maybe it’s that whether or not its a good screenplay, the action is so lineal.  Still, I already knew that I liked the story, and it certainly played on the heartstrings with these two main actors in the key roles.  As usual and like so many films, moments had to be combined into one scene, and other than there being some additions to the story involving young Stevenson’s and McMillan’s family lives, I don’t recall there being too many changes to the overall story.  Tim Blake Nelson plays the catalyst which decides whether McMillan is freed or not.  I remember this actor from O Brother, Where Art Thou? and was impressed with how close he represented the character I had imagined when listening to the book.  One other interesting note is that the small role of an inmate was played by real life client Kuntrell Jackson who obtained his freedom through the intervention of Bryan Stevenson and his Equal Justice Initiative.  At the age of 14 he was tried and convicted for capital murder and given a life sentence.  The film was directed by Destin Daniel Cretton.

I watched All My Sons (1948) based on Arthur Miller’s play, directed by Irving Reis.  It had been many years since I first saw it, but I remembered the story quite well.  I probably chose this during the time I was watching Burt Lancaster films and remembered how odd it seemed that Edward G. Robinson, who plays Joe Keller, could have sired such a tall son as Chris (Lancaster).  That probably sounds like a silly reason to partially want to watch a film, but maybe that’s as good a reason as any.  It also featured Mady Christians, and Howard Duff in his third film role.  It had that feeling of being what it was, a play, with Harry Morgan and Arlene Francis playing neighbours who momentarily drop by.

It’s the story of a munitions dealer who supplied weaponry for the US and its allies during WWII, sending out faultily built aircraft which ended up killing their own pilots.  Keller’s partner Herbert Deever (Frank Conroy) was convicted of this corruption as it was proven that he knew about the defects before they went overseas.  But both Deever’s son (Duff) and his daughter Ann (Louisa Horton) are suspicious that Keller framed their father.  Ann had been romantically involved with Chris’s older brother who was killed in combat, and the film starts out where we know that these two have now fallen in love.  Chris’s mother doesn’t want to accept this relationship, fanaticizing that her older boy is still alive and will eventually return home.  I think this is still a poignant tale, and the ending was something that I had not forgotten.

Louisa Horton was not an actress I knew in the least and she mostly played in TV series.  She’s not a bad actress but I dislike when I’m told something that isn’t true and then I have to pretend it is.  In this case, her character Ann, kept being told she was beautiful, and as far as I was concerned, she was the plainest of Janes.  Sure, you can call me petty, but why bother to keep reminding us of something that isn’t actually true.  True however is that beauty is in the eye of the beholder, so you may think otherwise.

I followed this with Brute Force (1947), also with Lancaster in his second film following his sweeping debut in The Killers made the previous year, as well as Howard Duff’s first film.  I found it on YouTube and despite the fact that it wasn’t the best of prints, I was willing to watch it.  Besides the obvious motive that it featured Lancaster, it was directed by the ever-impressive Jules Dassin, and I’ll throw in that it features two Canadians. 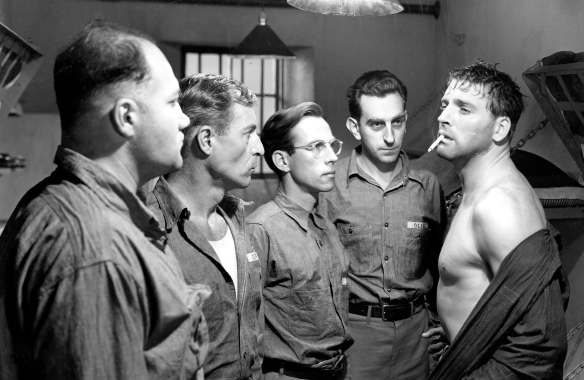 The ending of the film is an all-out war between the cons, the guards and the corrupt Captain Munsey, definitely living up to its title.  A good print on a large screen would be a treat!

I will leave it at that for now.  Perhaps only one or two of the above are suitable for Valentines Day, but whatever you watch, enjoy.